I love end of the year traditions, and for ten years now I’ve been spotlighting my picks for the best recipes of the year on the week between Christmas and New Year’s! Hope you enjoy seeing The Top Ten New Low-Carb Recipes of 2017 from Kalyn’s Kitchen! And don’t overlook the honorable mentions either; all these recipes are winners. 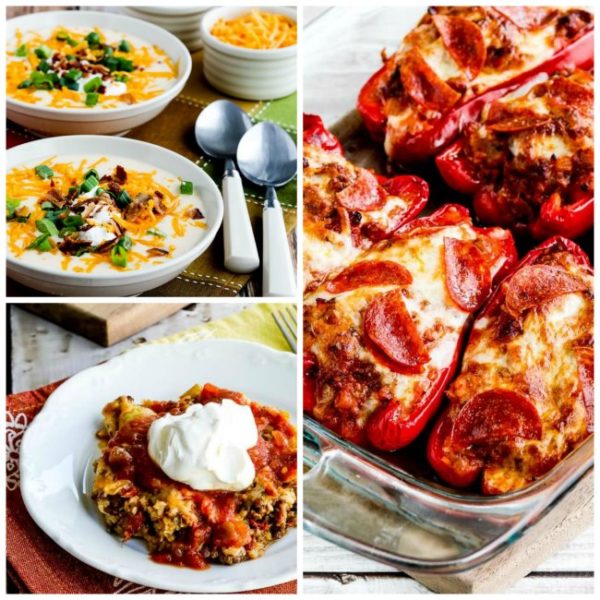 Do you love seeing those end-of-the-year lists that pop up every year about this time. I confess I love them, which must be why for ten years now I’ve shared my picks for the best new recipes of the year! (Scroll down to the bottom if you want to see some of the other year-end lists!)

These are my personal picks, and I am only choosing from the brand new low-carb recipes that were first posted in 2017. It’s always hard to compare recipe popularity, because usually if a recipe is going to be a hit, the longer it’s on the blog the more popular it gets. And of course I don’t share a recipe on the blog unless it’s a wow for me personally. But these are my favorites for this year! 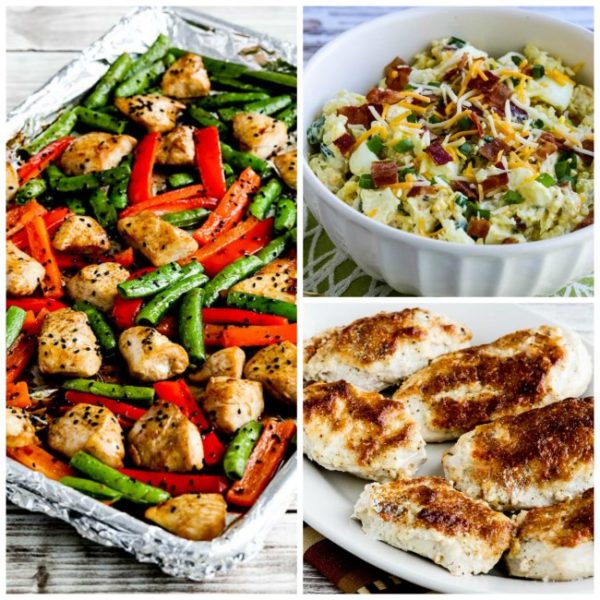 And as always, I have a hard time narrowing it down to ten! This year I had 38 recipes saved when I finished looking through the archives of each month, so that’s why I have to give you ten honorable mentions to go along with the top ten! You may or may not be surprised at some of my picks for this year, but I bet some people will be surprised that an Instant Pot recipe for loaded cauliflower soup was the most popular new recipe of 2017!

Now here are The Top Ten New Low-Carb Recipes of 2017 from Kalyn’s Kitchen (plus Honorable Mentions)! I hope this recipe round-up will entice you to try some of these tasty recipe ideas! 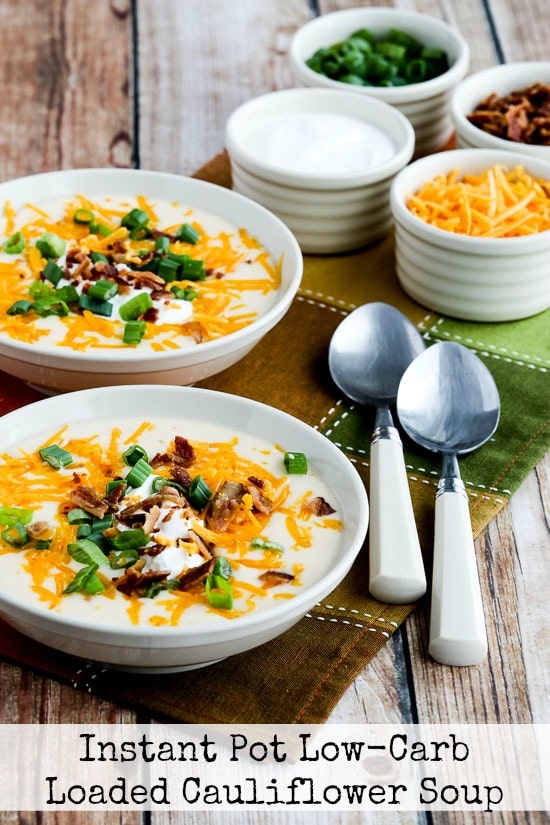 I have to start out with this Instant Pot Low-Carb Loaded Cauliflower Soup which was definitely the most popular new recipe of 2017! And if you haven’t joined The Church of Instant Pot quite yet, you can make this soup on the stove! 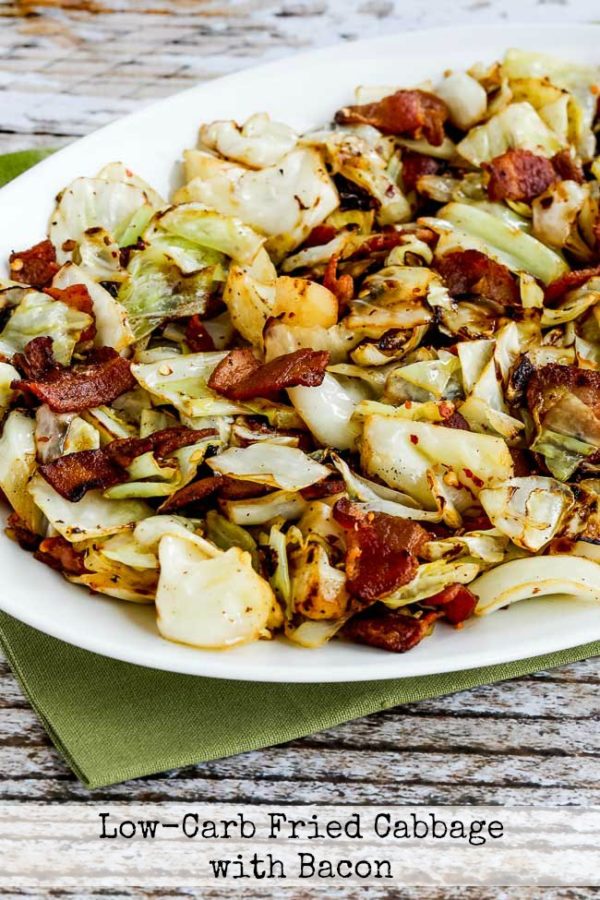 Low-Carb Fried Cabbage with Bacon is such an easy classic that you almost don’t need a recipe, but people loved this recipe. Because BACON of course!

Instant Pot Low-Carb Loaded Cauliflower Mash was another recipe where bacon was an essential ingredient, at least for me! 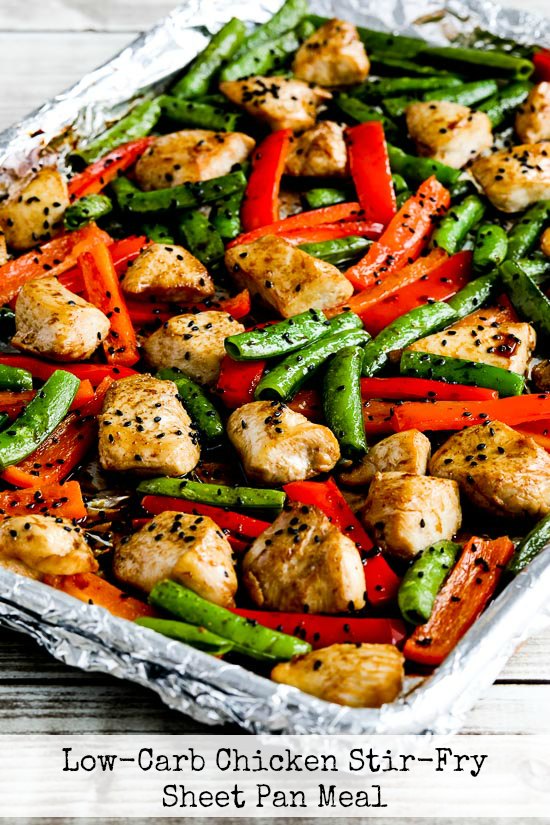 Another easy dinner that was hugely popular this year is this tasty Low-Carb Chicken Stir-Fry Sheet Pan Meal. (And 2017 was kind of the year of Instant Pot and sheet pan meals at my house!)

A dinner idea that was popular early in the year was Low-Carb Stuffed Pepper Soup. This recipe uses frozen cauliflower rice to make it extra easy! 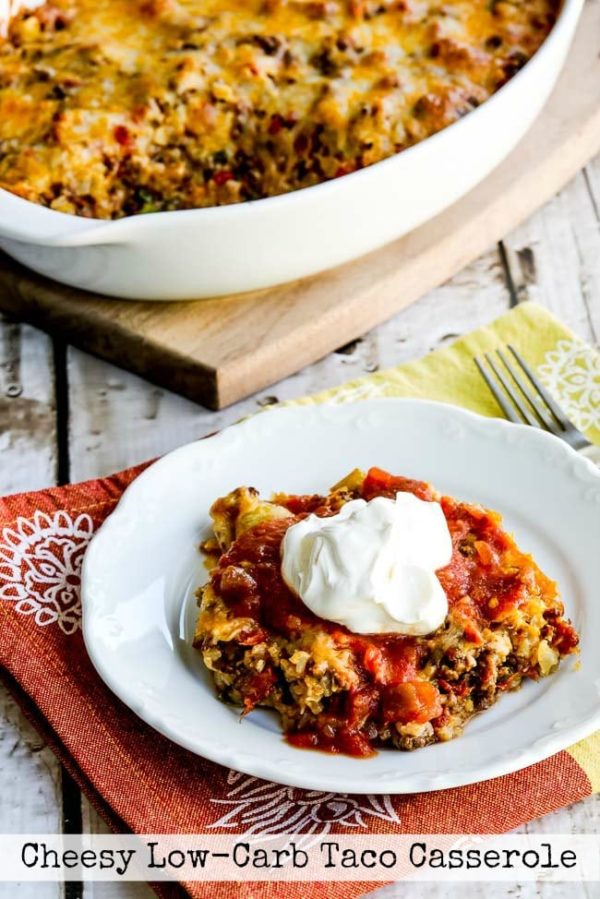 Cheesy Low-Carb Taco Casserole used cauliflower rice and Ro-Tel tomatoes, and this was just as delicious as it looks!

I surprised quite a few people with this Low-Carb Loaded Cauliflower Mock Potato Salad, and this was a hit every time I served it or took it to a party!

Another recipe that won over a lot of skeptics was Low-Carb and High Protein Avocado Egg Salad (with cottage cheese). 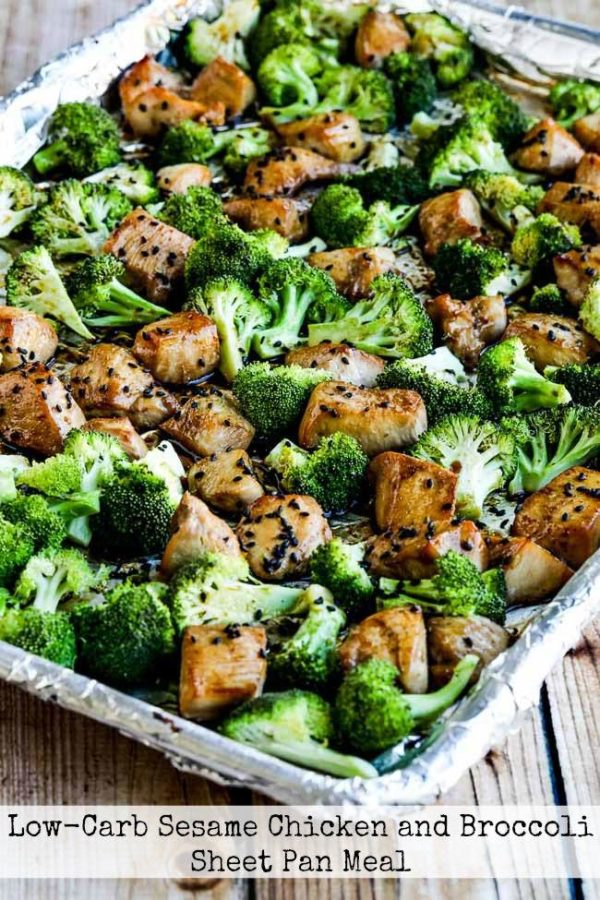 Low-Carb Sesame Chicken and Broccoli Sheet Pan Meal is another easy dinner that was popular.

If you like Asian sesame oil, you’ll like this recipe. Roasted Shrimp and Brussels Sprouts Sheet Pan Meal was another recipe with sesame flavor. 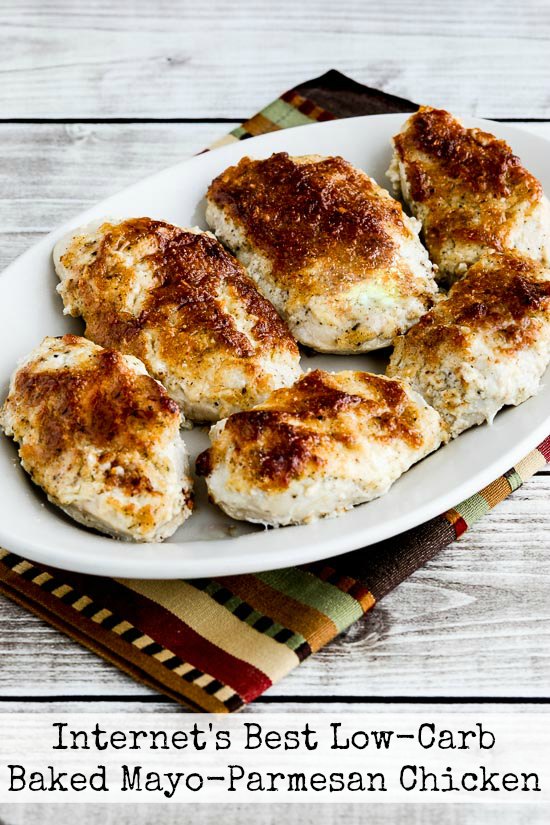 This recipe that I called Internet’s Best Low-Carb Baked Mayo-Parmesan Chicken got nothing but raves, and it’s super easy as well!

One-Pan Low-Carb Greek Skillet Chicken was another easy chicken dinner that quickly picked up a lot of fans. 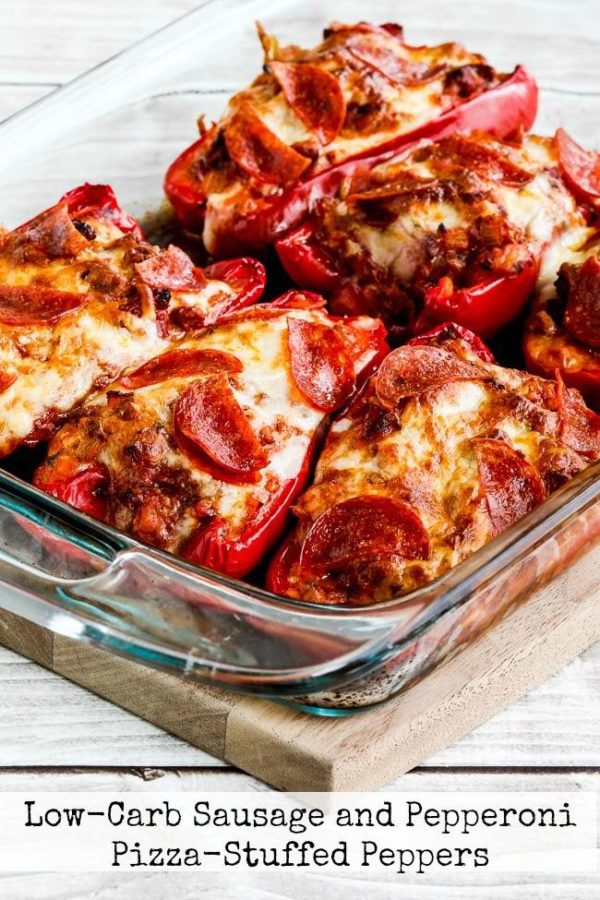 At back-to-school time I came up with this idea for Low-Carb Sausage and Pepperoni Pizza-Stuffed Peppers. A couple of people thought “pizza-stuffed” in the name was too cutesy, but everyone loved the taste of these peppers!

Another recipe where I loved the flavor of sausage and peppers was Low-Carb Italian Sausage and Sweet Mini-Peppers Breakfast Bake. 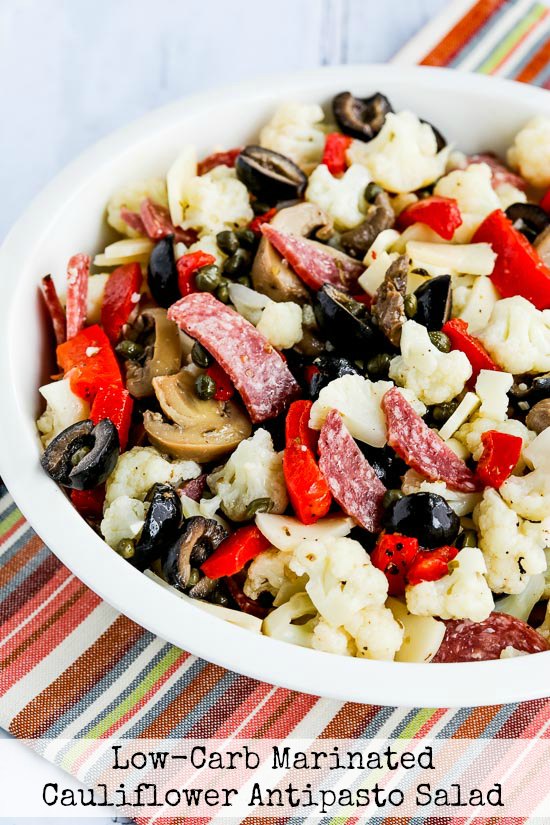 Some people might consider this Low-Carb Marinated Cauliflower Antipasto Salad to be a summer recipe, but I’d enjoy this any time of year, and it’s perfect for pot-lucks!

Low-Carb Grilled Greek Chicken Packets were also a new grilling idea that turned out to be a winner. 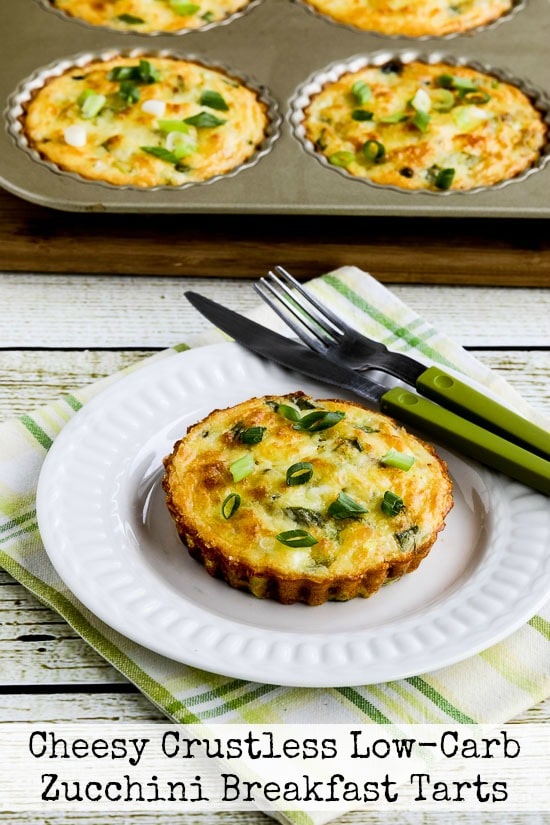 And Cheesy Crustless Low-Carb Zucchini Breakfast Tarts is another one that’s probably a summer recipe, but I had to include it because I made this over and over when it was zucchini season!

We are a participant in the Amazon Services LLC Associates Program, an affiliate advertising program designed to provide a means for us to earn fees by linking to Amazon.com and affiliated sites. As an Amazon Associate, I earn from qualifying purchases.
« Previous PostInstant Pot Low-Carb Soup with Ground Beef, Green Beans, and Tomatoes (Video)
Next Post » Hopping John Soup or Black-Eyed Pea, Ham, and Collard Greens Soup (Video) 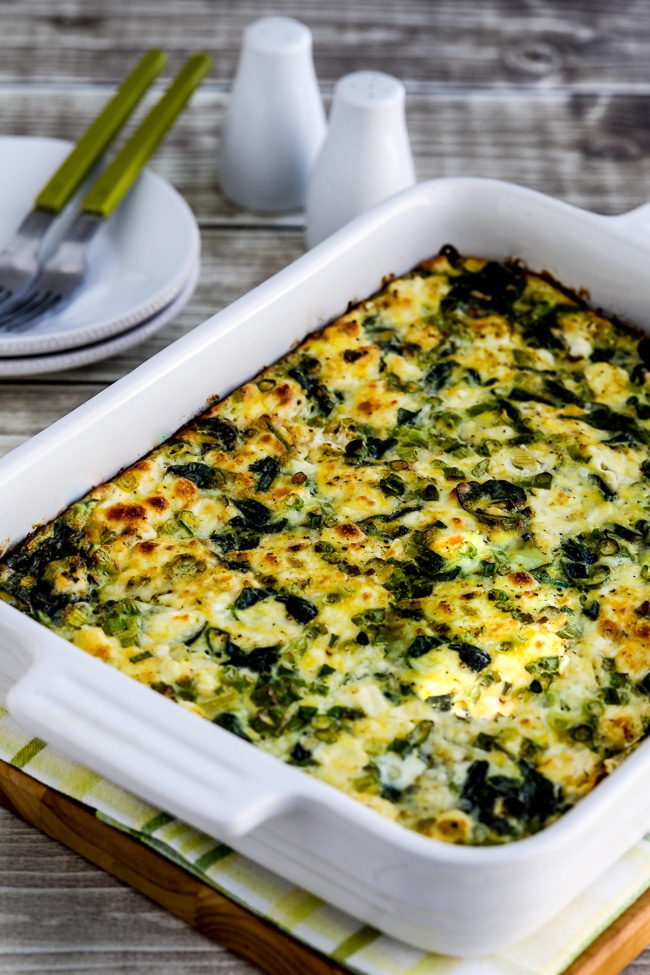 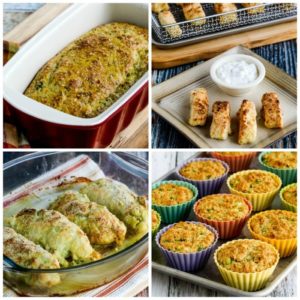 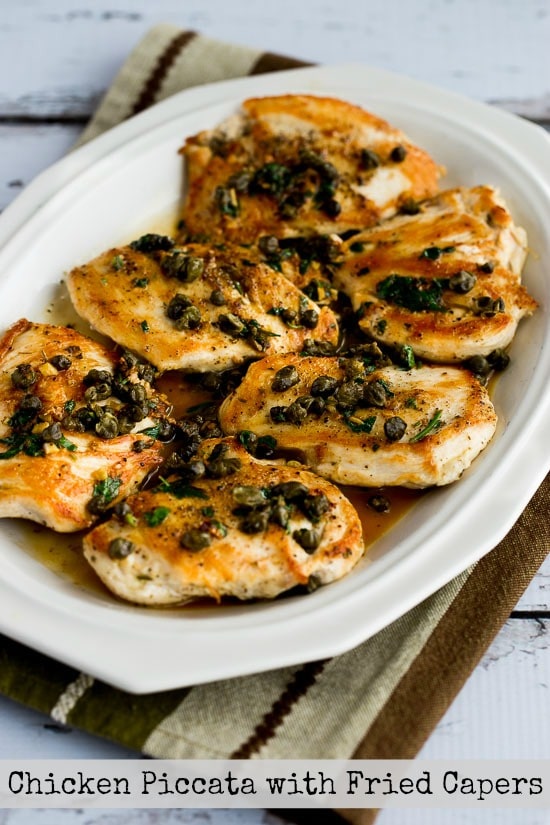 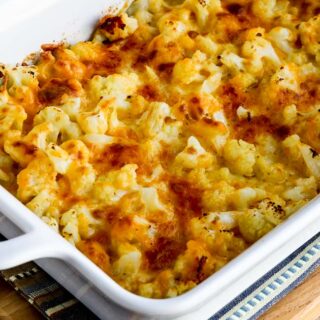 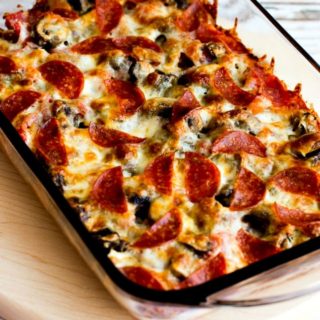 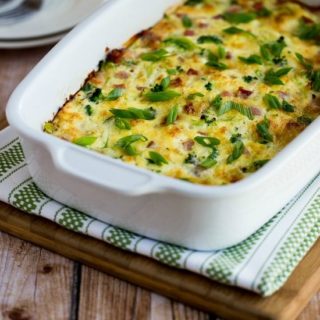 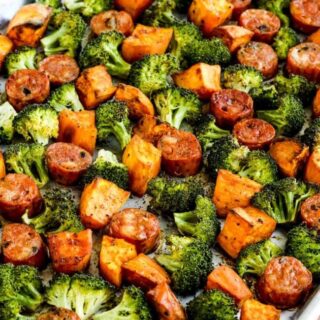 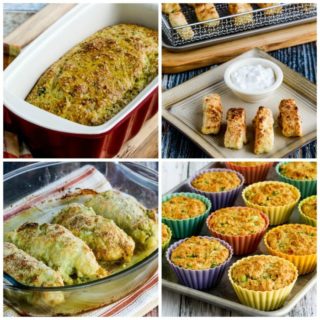 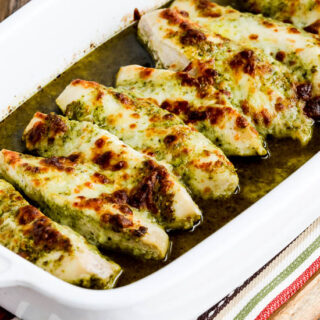 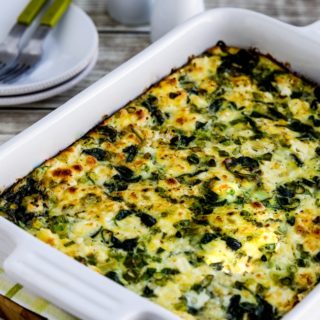 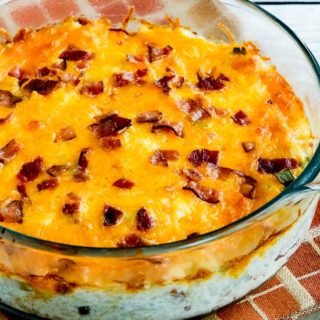 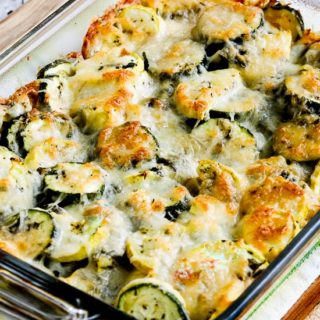 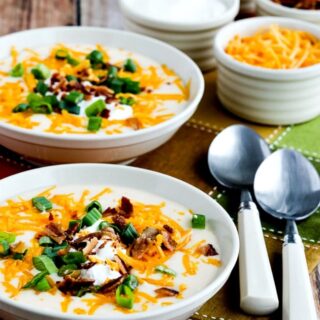 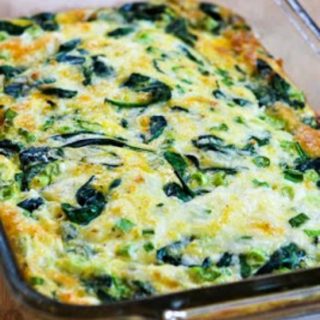 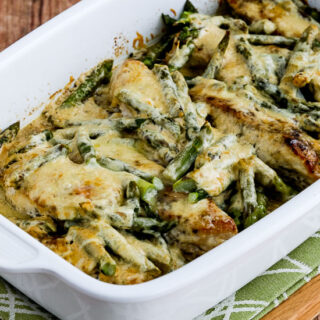