I love the colorful peppers in this Chopped Greek Salad with Peppers but you can use all one color if that’s what you have. Make this version of Greek Salad when you don’t have great tomatoes yet.

PIN the salad to try it later! 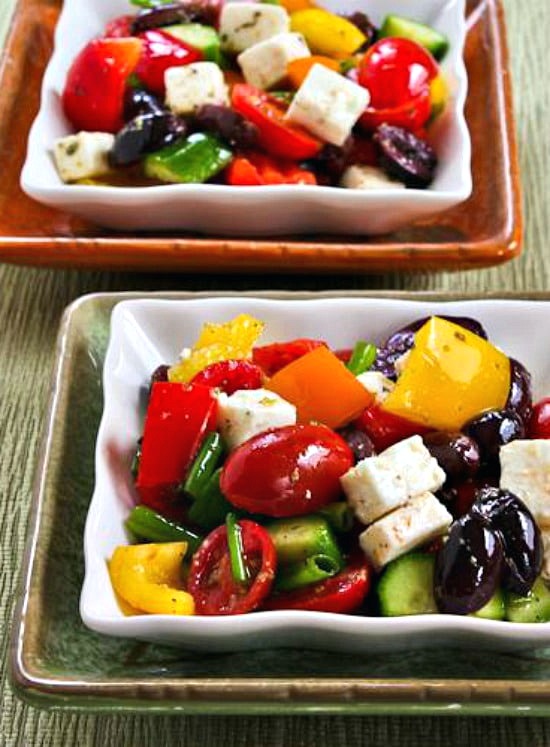 When I went to Greece I was surprised that what I’d always thought of as Greek Salad didn’t seem to exist there. Instead, every little restaurant had a dish they called country salad or village salad, which had cucumbers, tomatoes, onions, green peppers, Kalamata olives, and feta, and a dressing which always contained oregano. Now a few years later, one of my favorite Salt Lake City restaurants calls this combination Greek Salad and when it has lettuce added, they call it American Greek Salad. That works for me, and I do really like this type of Chopped Greek Salad.

When I made the Chopped Greek Salad with Peppers shown in these photos, I replaced the green pepper with chopped orange, red, and yellow peppers which are loaded with anti-oxidants. I used all the colors because they were on sale, but you could use just one color and it would still be pretty.

I used a purchased salad dressing with some dried Greek oregano added, but you could combine a little olive oil, lemon juice, oregano and salt and pepper if you wanted to make your own.  There’s no need to measure the ingredients for this type of salad, so you can vary the proportions according to your own taste. But whatever you do, don’t skimp on the Feta Cheese! For me, that’s definitely the ingredient that makes Greek Salad such a wow! 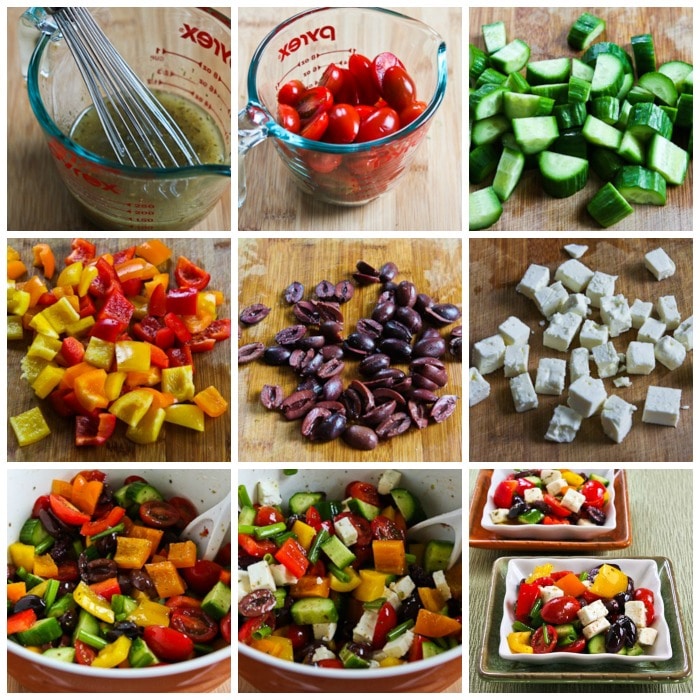 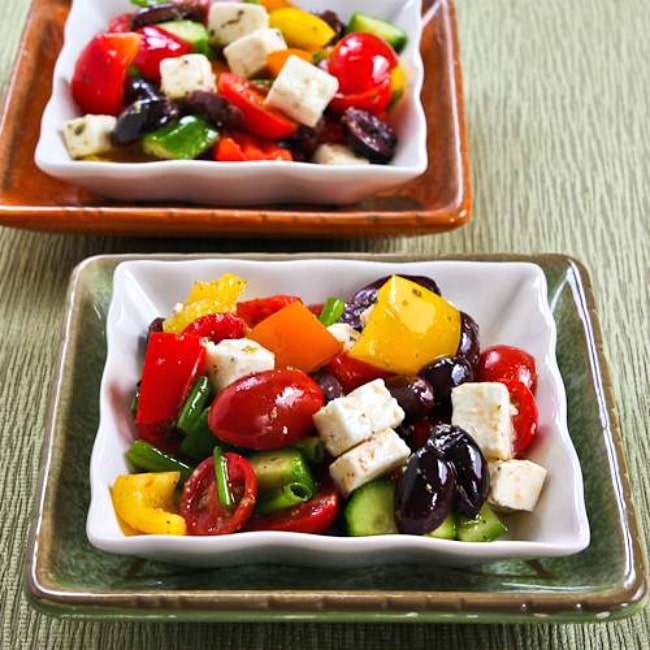 Make it a Meal:

Low-Carb main dishes like Almond and Parmesan Baked Fish or Marinated Flank Steak would be taste great with this salad for a low-carb meal. 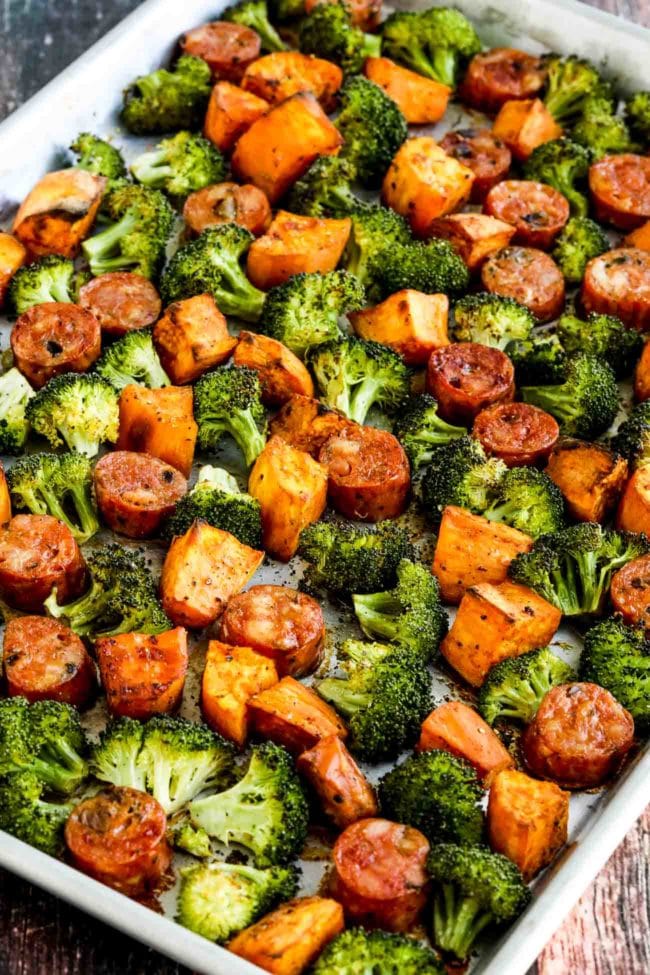 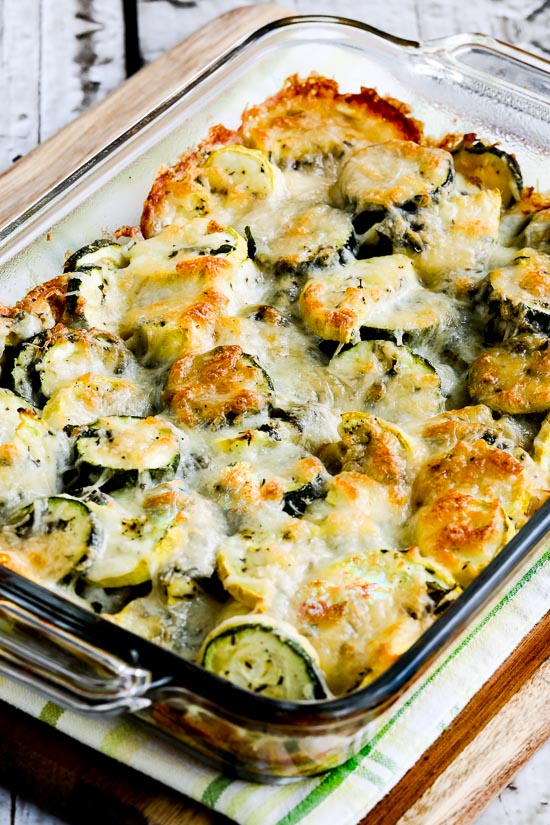 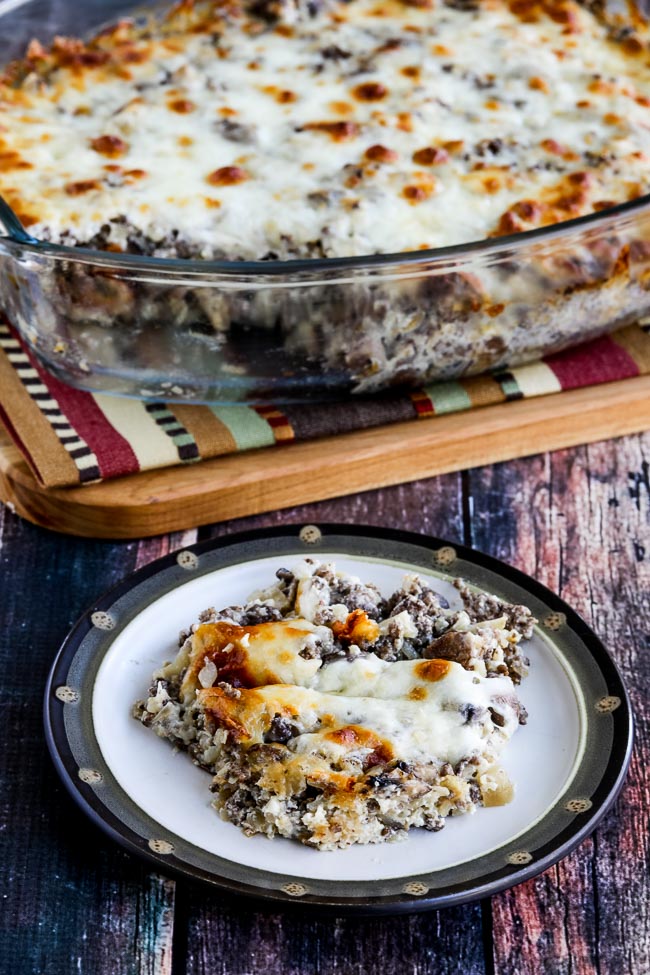 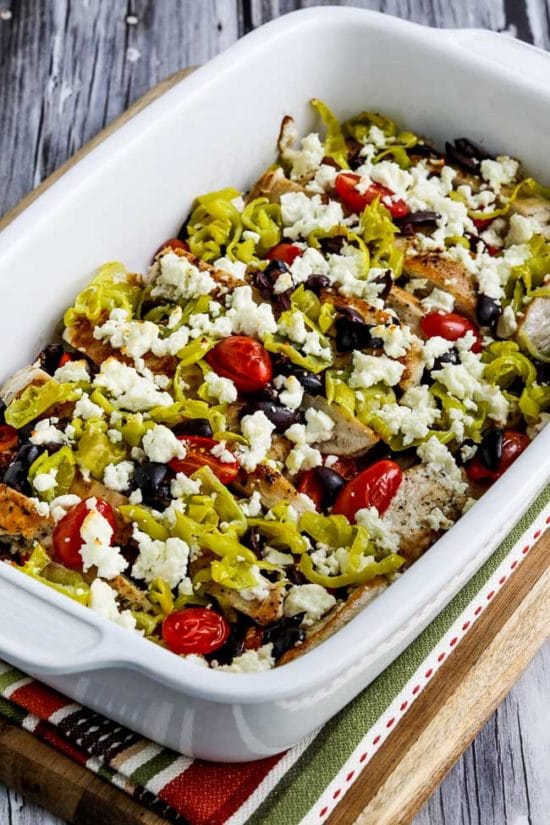 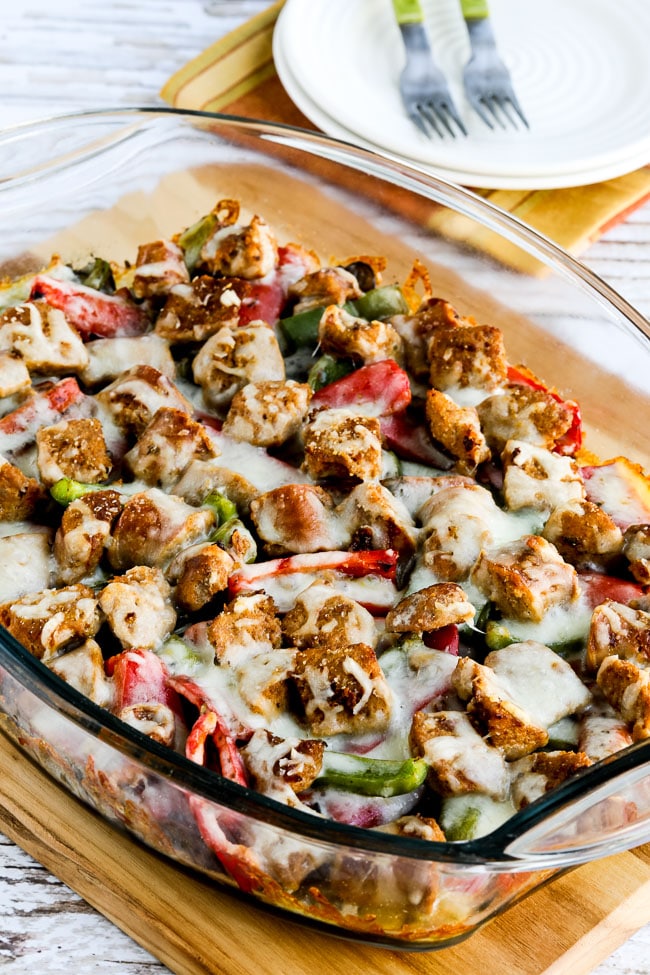 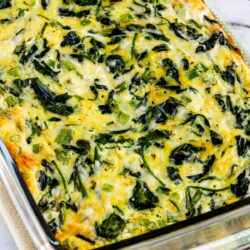