Use leftover rotisserie chicken and these slightly spicy Sesame Noodles With Chicken can be ready in minutes. This is such a tasty dish to make with whole wheat spaghetti; just use lots more chicken and fewer noodles if you want a lower-carb version.

PIN Sesame Noodles with Chicken to try it later! 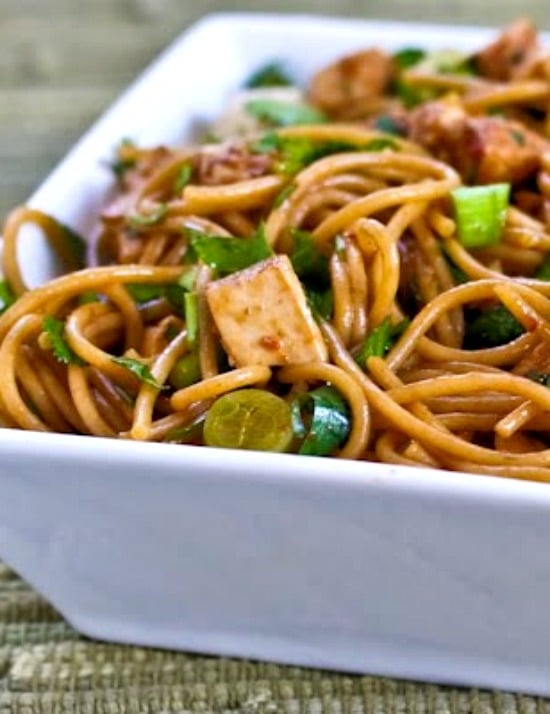 Recently my brother Mark and his wife Lisa showed up at my house with a rotisserie chicken for dinner. Rotisserie chicken usually means leftover chicken, and I was very happy I had leftovers to inspire me to try this recipe, because I loved these slightly-spicy Sesame Noodles with Chicken. It’s the savory and spicy combination of rice vinegar, soy sauce, fresh ginger, Thai chili garlic paste, and sesame oil in the dressing that made these sesame noodles with chicken so good, and I added some green onions and cilantro for even more flavor.

The first time I made this I followed the recipe and used a whole pound of spaghetti, which made an enormous pot of noodles. My friend Margarethe and her daughter Martina stopped by and I shared the leftovers with them, but the next day when I ate my own share of noodle leftovers I decided most of the flavor was absorbed by the noodles, and it wasn’t nearly as good leftover as it was freshly made.

The next time I made it, I cut the original recipe in half, and that’s the one I’m sharing here. This recipe has just a little grating of ginger root, mixing the dressing, and some chopping to do while the noodles are cooking. It’s easy enough to cook in about 20 minutes, and once you taste it, you’ll want to make this whenever you have leftover chicken!

What gives the noodles a sesame flavor in this recipe?

It’s the use of Asian sesame oil that makes these sesame noodles, and that’a a fairly strong flavor. You can start with a smaller amount in the sauce and taste it before adding the full amount if you’re not sure.

What if you’re not a cilantro fan?

Just use a bit more sliced green onion if you’re not someone who enjoys the flavor of cilantro.

How spicy are these Sesame Noodles with Chicken?

The sauce uses a tablespoon of Chili Garlic Sauce, which is a spicy Asian ingredient. If you’re not sure you want that much heat, start out with a teaspoon and taste, adding more until it seems spicy enough for you.

Want a vegetarian version of noodles with spicy Asian sauce?

If you’d like a similar recipe that’s vegetarian, check out my recipe for Noodles with Peanut Sauce. 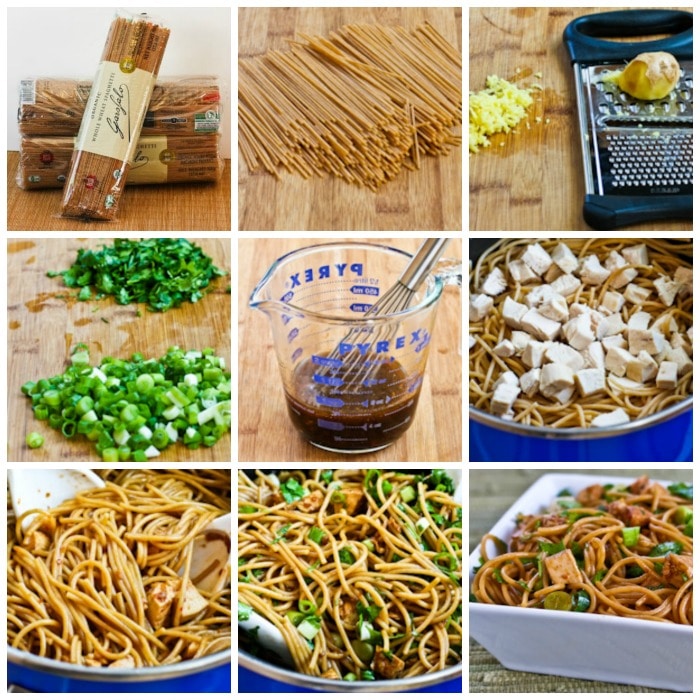 How to make Sesame Noodles with Chicken:

Spaghetti with Sausage and Arugula

If you're watching carbs at all, don’t use seasoned rice vinegar which contains sugar.

Be sure to use gluten-free soy sauce if needed.

Peanut Oil (affiliate link) is perfect for this dressing, but any neutral-flavored oil will work.

This recipe can easily be doubled, but it doesn’t taste nearly as good after it’s been in the refrigerator overnight, so I’d only make as much as you can eat at one time.

Low-Carb Diet / Low-Glycmic Diet / South Beach Diet Suggestions:
Made with whole wheat spaghetti, this would be a perfect dish for phase 2 or 3 of the original South Beach Diet, although you need to use portion control if you’re eating this for phase two. It would be too high in carbs for a low-carb diet plan, but you could use lots more chicken and less noodles if you want a lower-carb version. 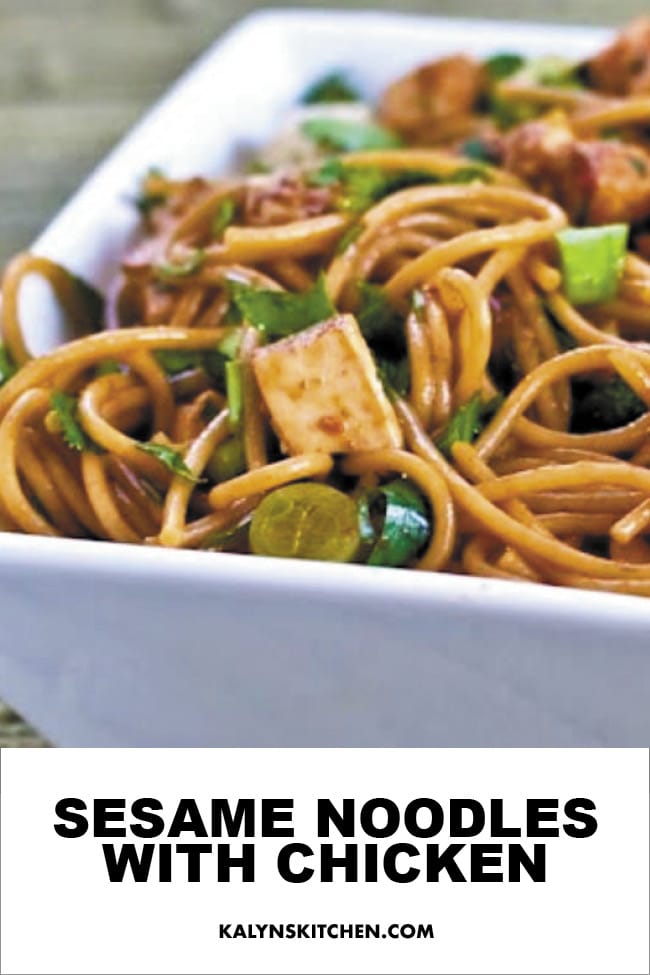 34 Comments on “Sesame Noodles with Chicken” 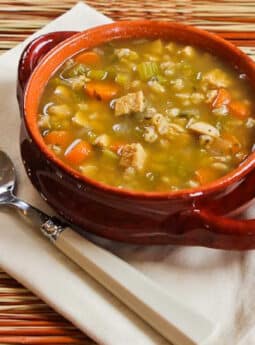 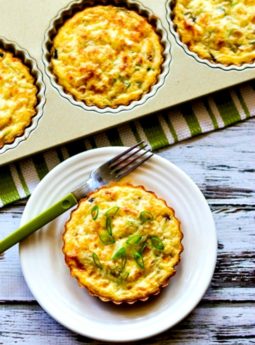 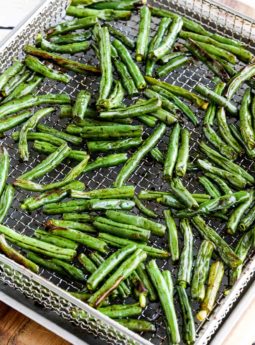 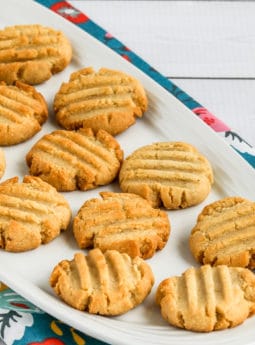 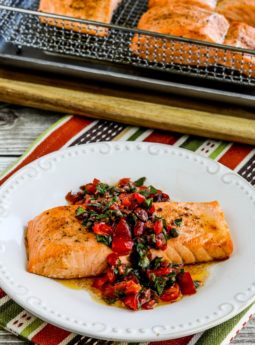