This Asian Cucumber Salad has Vidalia Onions and cilantro, and this is a cucumber salad I’ve been making for years when the weather gets hot. But even when cucumbers aren’t in season, this is a salad I’d enjoy as a side dish most any time of year.

PIN the Asian Cucumber Salad to try it later! This favorite Asian Cucumber Salad that has Vidalia Onions (or any sweet onion) and cilantro was inspired by those thinly sliced cucumbers marinated in rice vinegar that are sometimes served with sushi. And I love type type of light and refreshing salad that’s perfect for days when it’s really scorching outside. But truthfully I like this type of cucumber salad so much I’d make it almost any time of year with those mini-cucumbers or European cucumbers when fresh summer cucumbers aren’t available.

And even though I love the salad with the addition of sweet onions and cilantro, I think this rice vinegar dressing is also delicious on plain cucumbers, so if you don’t like all the ingredients (or want fewer carbs without the sweet onion), just go for it with the cucumbers.

And this is one of those cucumber salads that perfect to keep in the fridge, where it will stay good for a day or two so you can keep having a nibble. For me cilantro is an essential component in the salad, but if you’re a cilantro avoider I think mint would be a good substitute. Or just omit the cilantro and enjoy without it!

What kind of cucumbers should you use?

What makes the Asian Cucumber Salad low in carbs?

I made this salad with Monkfruit Sweetener (affiliate link) but use any low-carb sweetener you prefer for this salad. Be sure to use the unseasoned rice vinegar, which doesn’t contain sugar. The recipe is pretty low in carbs as written, but if you want to make this salad for Keto you might want to omit the sweet onion, which will make it quite a bit lower in carbs.

If you’re someone who doesn’t enjoy the taste of cilantro, this salad would also be delicious with more thinly sliced green onions, or just omit the cilantro if you prefer! Make it a Low-Carb Meal!

This recipe created by Kalyn and was inspired by thinly-sliced marinated cucumbers served with sushi.

Low-Carb Diet / Low-Glycemic Diet / South Beach Diet Suggestions:
As long as you use Monkfruit Sweetener or another sweetener or your choice and avoid seasoned rice vinegar, Asian Cucumber Salad is a perfect salad for low-carb and low-glycemic diets, including any phase of the original South Beach Diet. For Keto diets, I would omit the sweet onion.

Historical Notes for this Recipe
This recipe was first posted in 2006 (!) and I’ve been making it ever since then. It was last updated with more information in 2022. « Previous PostTapas Salad with Peppers, Olives, and Capers
Next Post » Grilled Fish with Lemon and Capers 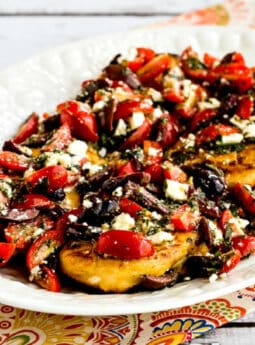 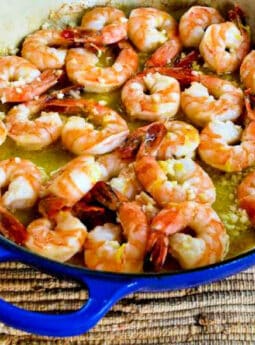 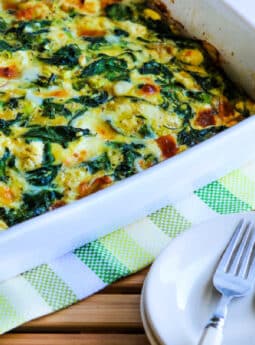 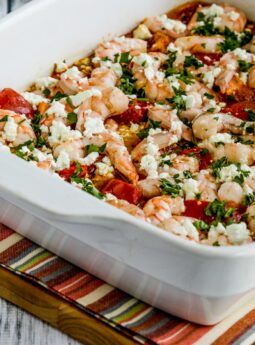 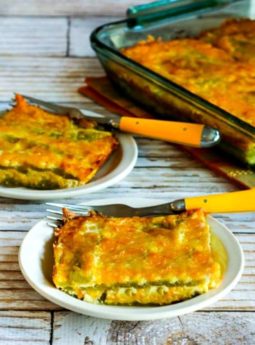